Wild : a journey from lost to found

Wild : a journey from lost to found

Title
Wild : a journey from lost to found

Cheryl Strayed (; née Nyland; born September 17, 1968) is an American writer and podcast host. She has written four books: the novel Torch (2006) and the nonfiction books Wild: From Lost to Found on the Pacific Crest Trail (2012), Tiny Beautiful Things (2012) and Brave Enough (2015). Wild, which told the story of a long hike that Strayed took in 1995, was an international bestseller, and was adapted as the 2014 film Wild.

Strayed was born in Spangler, Pennsylvania, the second daughter of Barbara Anne "Bobbi" (née Young; 1945–1991) and Ronald Nyland. From age three to six, Strayed was sexually abused by her paternal grandfather. At age six, she moved with her family from Pennsylvania to Chaska, Minnesota. Her parents divorced soon after and Cheryl's father left her life. When Cheryl was 12 her mother married Glenn Lambrecht, and the following year the famil…Read more on Wikipedia

Work of Cheryl Strayed in the library 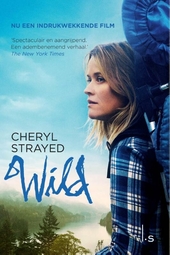