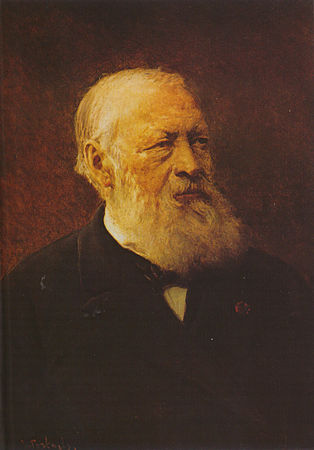 Henri (Hendrik) Conscience (3 December 1812 – 10 September 1883) was a Belgian author. He is considered the pioneer of Dutch-language literature in Flanders, writing at a time when Belgium was dominated by the French language among the upper classes, in literature and government. Conscience fought as a Belgian revolutionary in 1830 and was a notable writer in the Romanticist style popular in the early 19th century. He is best known for his romantic nationalist novel, The Lion of Flanders (1838), inspired by the victory of a Flemish peasant militia over French knights at the 1302 Battle of the Golden Spurs during the Franco-Flemish War.

Over the course of his career, he published over 100 novels and novellas and achieved considerable popularity. After his death, with the decline of romanticism, his works became less fashionable but are still considered as classics of Flemish literature.

Work of Hendrik Conscience in the library