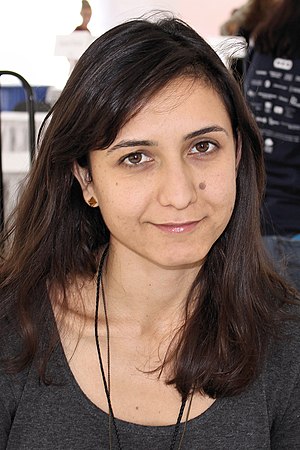 Ottessa Charlotte Moshfegh (born May 20, 1981) is an American author and novelist. Her debut novel, Eileen (2015), won the Hemingway Foundation/PEN Award, was shortlisted for the Booker Prize, and was a fiction finalist for the National Book Critics Circle Award. Moshfegh's subsequent novels include My Year of Rest and Relaxation and Death in Her Hands.

Moshfegh was born in Boston, Massachusetts, in 1981. Her mother was born in Croatia and her father, who is Jewish, was born in Iran. Her parents were both musicians and taught at the New England Conservatory of Music. As a child, Moshfegh learned to play piano and clarinet.

She attended the Commonwealth School in Boston and received her BA in English from Barnard College in 2002. She completed an MFA in Literary Arts from Brown University in 2011. She was a Wallace Stegner Fellow in f…Read more on Wikipedia

Work of Ottessa Moshfegh in the library